I follow the twentysomething bar guy from the city club café upstairs to the rooms of the City Club in Augsburg, Bavaria. It is late afternoon. I often have been here. At night to dance, to see a concert; with friends, with my boyfriend; smooching, humming and hawing around in the corners. In the soft daylight everything, the building, the stairs and the club (formerly a strip club) appear even more bizarre than at night. The curved bar, the glasses, the alcohol on the shelves, the stereo and the black tarnished floor seem to hide from the radiating sunlight. I get the feeling that I am actually not supposed to be here that time of day. This whimsical place fits so wonderfully as a venue to Sonny and the Sunsets, the band for which I am here today and on its singer Sonny I still have to wait. So frivolous, non-conform, piquant and inspired by ancient things, old tastes and old music as it is, so is also the music of the San Francisco based band. The music sounds cheerful and melancholic at the same time thanks to the surf-poppy tones in which a little folk-pop is interspersed like spice. 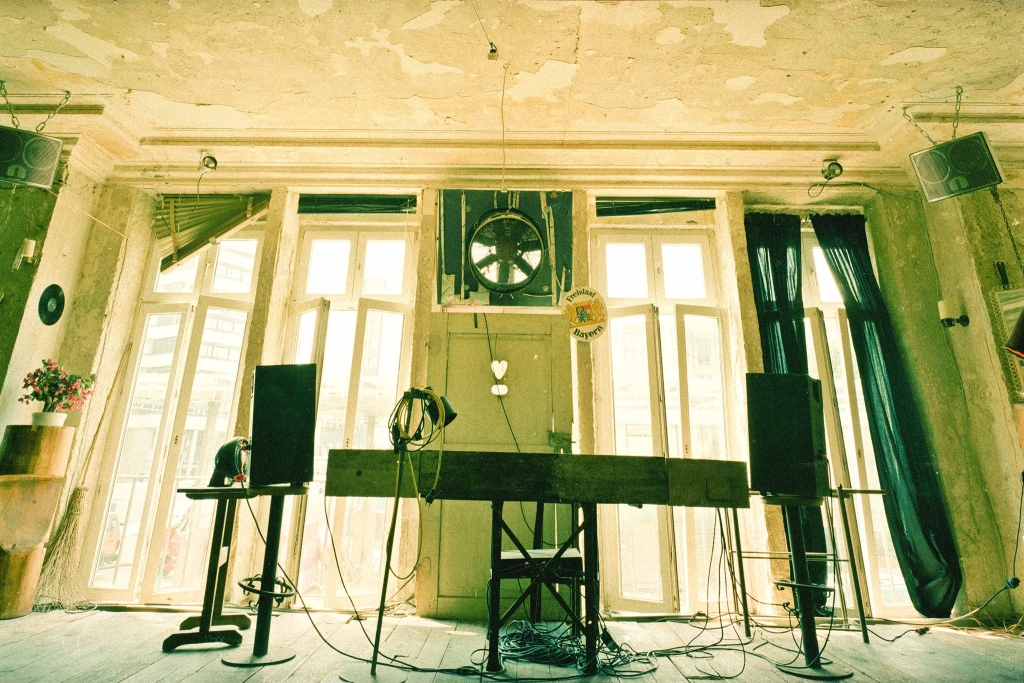 To a certain style remains Sonny And The Sunsets never faithful. The only continuity is that their music bubbles in the tub of psychedelic pop. However, it is blended in every possible way. All twelve publications that have appeared since 2009 have their very own sound. All of them are secluded stories. – Death, Aliens, the unthinkable, the non-evident, in short: everything fantastical and ultimately love are recurring motifs in their pieces. And then Sonny comes straight up to me. He seems tired and reserved. What he thinks about the place I want to know from him. “Oh it’s like a commune.” and as he answers this, he appears a little bit irritated and yet misplaced. We go downstairs again and take a table outside the Café; I feel like a nuisance, but Sonny endeavours to talk and we come to speak about the last album. Talent Night At the Ashram (published on 12th February 2015) arose from the attempt to create some short films. Anyhow, Sonny did not like them. Why? I ask him. “You know … The actors where bad and … I do not know. The films didn’t surprise me .. There was no magic when I watched them.” I propose then, that perhaps it was only him who found the movies un-catchy; sometimes one is very critical, too critical with the things one does. Then there is a smile. “Yeah, but the things worked out, like I expected them to do, but there was nothing coming around. Nothing.”

“Nothing” – that is the last thing you feel when listening to the latest work. The botched short films were turned into songs by Sonny. The result is the album. It is a gathering of short stories, which may leave you back a bit irritated. All outlines of the story, which are not only told with words but especially with melodies, can never exactly be understood. A synth here and a deep bass there tear the surf-pop moment around and everything sounds totally different. This leads to a devouring sound. 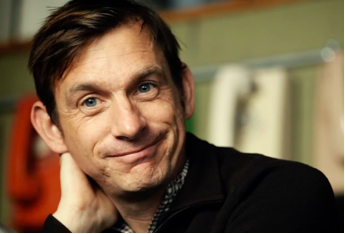 Our conversation ends abruptly. At last we had talked about touring. The perhaps around forty aged singer had told me, that he actually does not like to be on tour, that it is insane to drive hundreds of kilometres, just to sing his songs to some strangers. He was only creative at home anyway and he had an eleven years old son, which he reluctantly leaves behind in America. The label would also want him to tour more, but he doesn’t want it … He told me all this with his pale blue eyes looking in the distance, not being with me at the table, in Augsburg, but somehow somewhere else … And then – Sonny jumps up and apologizes: “I hear the bass, I want to do the soundcheck now. See you later.” And he is gone Sonny already has proven that he is not only a musician, but also a creative artist in many ways. He writes plays, he does short films and there are many more obscurities to be found in his oeuvre … after the concert I hold such an obscurity in my hands. A comic. “The freakishly bizarre yet terribly true tales of Sonny and the Sunsets” is the title and all what Sonny scribbles for me on it, is: “To [?] True Totally True Story XO Sonny.” Well. Quite so, it will not have happened, as on the last page Sonny is shot from the drummer and obviously he still is alive, so far. 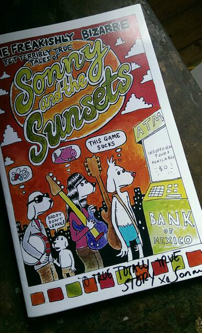 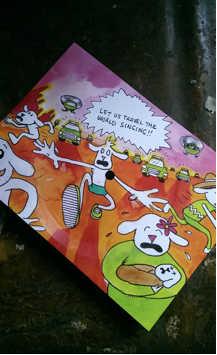 However, the comic indeed reflects the thoughts of Sonny. On the front page a child begs  “Daddy do not leave,” and it goes on to problems with the music industry. It is about idealism in making music and about band dynamics. Moreover what Sonny thinks about touring is evident here, too.  The flex disc which comes with the draft says: “Let us travel the world singing”, above a driven and panicked-looking group of people. As all the trouble, the passion, yet the despair can be felt in the music of Sonny and The Sunsets, whoever the Sunsets exactly be, can be felt in the music it is just so worth listening to it. “A psychedelic concert as I always have wished for. Not all seem to have understood the music; at the beginning I was very sceptical, but the end was amazing. Confusing, irritating, ambivalent.” says then finally a very charming concert guest to me. I would not have been able to sum it up better.

Born in 1990 in north Germany. During her studies she stepped into journalism. As a freelancer for newspapers and radio journalist she satisfied her curiosity and passion for music, films and art. She mostly writes about music news from central Europe meanwhile she does her master degree in cultural studies close to Hamburg, Germany.