Some were born just to be wild.

Lisa was wedged up to the grubby window of the last London train to Brighton, phone burning in her hand from rabid work messages. Her aching eyes rested on the other women sharing the carriage, their happy, harpy screeches piercing through the muddled mess of her mind. They were huddled like vultures over a cheap bottle of prosecco, pretty identikit outfits assembled with careful nonchalance.  She felt toxic shards of bitterness spike her veins as she watched them laugh.

Lisa wasn’t so much older than them but she couldn’t imagine feeling happy and carefree again. Somewhere in the last few years she had lost the electricity of youth. Slowly the city had seemed to close around her and she felt like she was drowning in stagnant water, bullying weeds binding her snakelike to the gutters as new skyscrapers towered above her, the metal doors closing in her face, demanding answers to questions she didn’t understand. She sweated every night out, anxiety pressing its cruel thumbs on her throat as she knocked back hopeless Valium pills, fingernails always scraping at the bottom of the overdraft, burdened by ever more crippling debt for a wasted humanities degree at a half-rate university. She didn’t realise she was on the brink of exhaustion, that she could no longer see beyond the sorrowful, pathetic loser she thought herself to be, when something a little like fate and a lot like desperation stepped in and bought a late night ticket to the sea she loved so much and lived so far away from.

She could smell the salt in the air as soon as the train doors opened and as she tumbled through the barriers she could feel the lactic acid that had tightly knotted her shoulders ease a little and she shifted her tired feet, swelling in too-tight leopard-print heels. The same heels her ex had called ‘foxy’ before he left her with an apathetic heart and an empty, longing womb. The underpass behind the station was usually crammed with sweat-stained pre-revellers at this time of night. Rowdy with feverish excitement, greedy hands still pawing at the barely hidden wraps of overpriced, alphabetised party drugs in their reclaimed rucksacks, their crows of excitement magnified down the dingy corridor, reggae beats humming from the pubs along the Lanes, rabbity shadows dancing up the walls like maniacal paper cut-outs, linked with ominous fragility at the elbow. Lisa thought of her friends back in London, her close coven of lupine pals who had once shared baths and sleepovers were now buying houses and getting promotions, lunch dates centred around spiralisers and mediocre erotic literature, stale paperbacks promoting ‘blistering hot’ sex. Lisa knew she’d lost them, the pack of she-wolves she used to run with were shrugging off the bond, sawing off those carnivorous teeth and seizing a life she couldn’t seem to grip. Lisa’s clothes never seemed to hang right, her thick scruffy, her nails bitten and unkempt. She was altogether untamed and unsuitable for entry into the adult world of civilised behaviour. 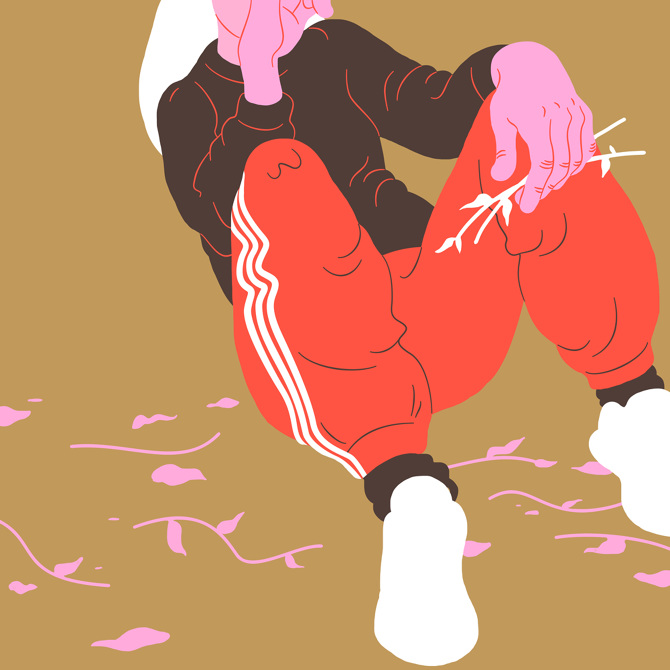 Tonight the underpass was quiet except for one figure at the end, back leant up to the wall, just standing. No cigarette. No checking of the phone. Her shackles went up by instinct. The shoulders stooped to hide her figure, her vulnerability but it was those heels snapping that gave her away. She cursed the choice of footwear. A woman’s heels echoing down a hallway. What a clichéd way to get attacked. The walk down that dingy corridor seemed eternal. She was next to him now, the motionless figure. She stole a look at his face and their eyes locked. His were bleached blue, cold as marble. His mouth hung open, wet and pink, a lizard-like tongue scooping up the excess spit. She  braced herself for the comment, the sneer but none seemed to come. She carried on walking, relief like warm jungle rain over her shoulders.

She turned. She felt sick.

“Can I ask you something.”

No slurring. Every word was crystal.

“Can I…” The man stepped closer. The eyes locked again.

Silence. The eyes still locked, his mocking question suspended above them. Lisa stumbled back in shame and started running down the slope to the seafront, the quiet snarl still ringing in her ears. 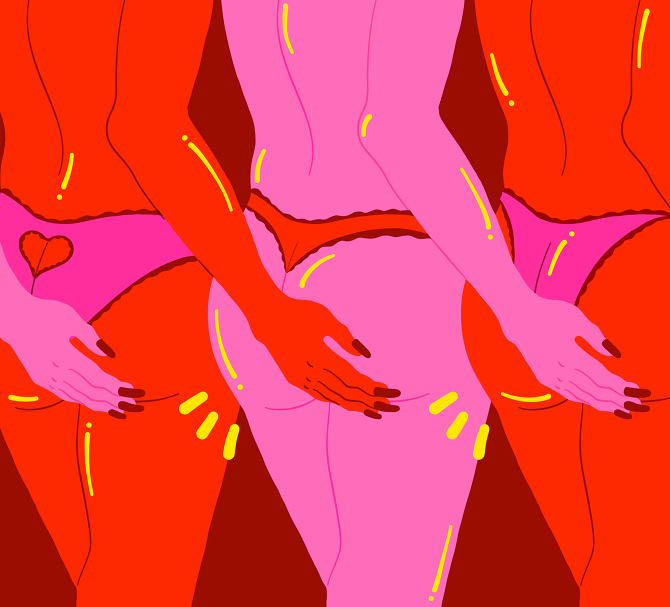 The relentless bass of club music broke in the dawn and hummed through the earth, following Lisa as she strode frantically towards the cliff side. She could hear her heart in her ears, the blood choking her as she walked onwards, at some point steadying to a less hurried pace. The cautious morning sun started to grow assurance, fretting her skin with gentle warm fingers. The raucous wind that had been battering across the hills became gentle, stirring away the party sounds and replacing them with the deep and ancient breathing of the sea. There was a pink line of early morning mist on the horizon and she caught sight of a falcon cutting the air above the waterline, the sea so still, the bird of preys shadow precise yet dreamlike. She felt a rush, more powerful than the chemical ecstasies of the night, a carnal surge of peace. The club had seemed daunting at first but after three drinks and a pill, she had felt euphoric. The drink had lifted her up by the sternum and shocked her body into moving again. She felt the rhythm at first constrict her chest and then restart her heart and as the drugs started loosening her shoulders and she danced. She didn’t know what time was anymore, the hours had melted, Daliesque, into the music. Suddenly, with an icy chill she had felt anxious again. She had felt eyes on her, jeering, chilling eyes full of bloodlust. Lisa had left the club in a hurry and decided to head for the cliffs, to see the sea.

Suddenly she saw him. She’d sensed him but wasn’t sure. He was here now. A few feet away along the cliff side and staring at her with those blue eyes. Silence but for the breeze. Lisa took a deep breath, her pupils wide, her teeth chewing her bottom lip in feral anticipation. Lisa walked towards him and saw him smile. She started running and he sneered.  She crashed into him with such force he fell backwards, his legs over the side of he cliff, his verminous hands scrabbling onto the grass in desperation. Lisa felt the sun again lick her shoulders with a warm caressing tongue. She felt the wind rip its fingers lovingly through her hair. She gazed down and watched those leopard- print heels, as if seemingly of their own accord, crush those white fingers into the rock. His watery eyes locked onto hers in pathetic disbelief. The loose wet mouth slipped open into a silent scream as the lizard-like tongue curled back down his throat. Lisa gazed with louche detachment as her heel pestled his weak little bones like fresh peppercorns then kicked up his hands as his body, suspended for a second, fell fatally back into the behemoth of the sea. She heard a call, a keening cry, and looked upwards to the sky to see the falcon again, eddying the air above her head, the strong wings slicing the airs canopy in predatory salute. 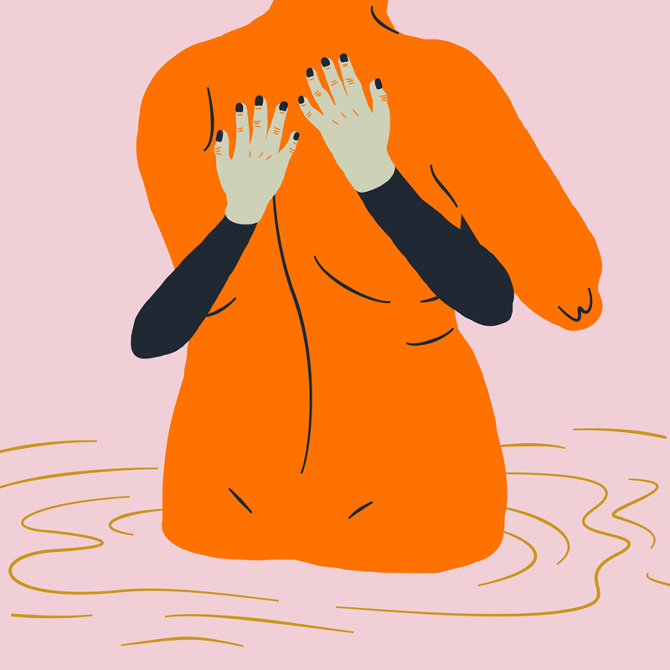 Lisa walked back through the underpass, now bustling with morning commuters fuelled with artisan coffee and sourdough toast. On the slow walk up from the beach she had seen the gritty pigeons rationing their scraps under the benches in the empty park. She had seen the plucky grey squirrels camouflaged against the concrete. She had caught a glimpse of a shabby fox clawing at the recycling bins on a pretty mews. All around her she saw natures claws arrest and attack the man- made artifices that had caused her to feel so lost and afraid. Lisa gazed down at her battered heels, sand- filled and bloodied from the dancing blisters, their sharp tapping defiantly echoing down the corridor. She kicked them off, her strong, stealthy feet relieved, and for the first time, in a long time, she smiled.